MY PERSONAL ATM – the White Tiger slot machine by Aristocrat!

The White Tiger slot machine by Aristocrat is an entertaining 'Reel Power' game. The wins just kept coming. You started with a good bankroll, and finished with.

White Tiger is almost certainly my all-time most winning slot machine, outside of Zeus. I play it whenever the Progressives are relatively high and have done it all, with the exception of the Grand Jackpot! I even showcase it for my 75k Subscriber Milestone celebration video, I just love it!

For those who have not played, White Tiger is part of Aristocrat’s “Jackpot Reel Power” family of slots where you win by landing at least 2 or more of the same symbol on consecutive reels from left to right, depending on the symbol. The slot is called “White Tiger” so if you assumed the White Tiger symbol was Top Symbol, you could be forgiven even as you would also be wrong. Although while not Top Symbol, it is stacked, so great wins are certainly possible with it, as you will see! The Top Symbol is the Fang symbol, but landing stacked White Tigers may have the best overall potential!

The Jackpot Feature is triggered when a 5-of-a-kind win includes the special wild crown symbol in reel 3 after which you are awarded one spin of the Jackpot Reel. During this free spin, all reels except reel 3 are held and reel 3 is replaced with the special Jackpot Reel where you get to choose one reel position for either a multiplier of 2x, 3x, 5x, 8x, or even 10x!

You may also find a special crown symbol for either the Grand, Major, or Minor Progressive – or a “Bonus Prize” of either 500, 1000, or 1500 credits multiplied by your bet multiplier. One interesting point: if you find a multiplier, the amount you win on your triggering spin isn’t necessarily the win that the multiplier will be applied to if reel 3 also contained the symbol used in your 5-of-a-kind win! Confused? Here’s an example: if you land the following:
Reel 1: Ace
Reel 2: Ace
Reel 3: Crown, Ace
Reel 4: Ace
Reel 5: Ace

At the $5.00 max bet level, a single 5-of-a-kind win for Aces would be $20 and the above would yield $40 as you have both an Ace and a wild symbol in Reel 3. As the Jackpot Reel completely replaces Reel 3, you lose the benefit of that additional Ace, so any multiplier will be applied to the $20 win, not the $40 total triggering win.

The Free Games Feature is triggering by landing 3 or more bonus symbols on consecutive reels from left to right for 10 free games. During the bonus, extra Crown symbols are added to reel 3 giving you a better shot to trigger the Jackpot Feature.

Finally, the Grand, Major, and Minor Progressive can be won randomly after each bought game, Enjoy!

SUPPORT my channel by becoming a Channel Member!

Upon entering the game you’ll notice that this is a game with a difference. Wild aztec slot. This is due to the very different look to the reels, where you’ll find five symbols on the middle of the five reels, with four symbols showing on the neighbouring two reels and just three symbols on the outer reels – this formation giving the slot something of a diamond shape.

However, it’s not just the shape of the reels that sets this game apart. Winning at this slot is achieved using the Multiway Xtra format, where you’ll win by landing symbols on at least three adjacent columns (no matter where on the reels they sit). These wins can be gained from left to right as usual, but from right to left as well. This gives you 720 ways to win which come at the cost of 50 credits.

The top saying symbol at the game is the ‘Siberian Storm’ title one and should this appear on five consecutive reels you’ll win 1,000 coins. The rusty coloured tiger face symbol wins 400 coins and the white and black faced tiger wins 300 coins for five. All of the other symbols at the game pay between 125 and 50 coins for a full house.

Somewhat unusually there is a standard scatter symbol which simply pays a cash prize. Land this on all five reels and you’ll win 50x your total bet size, with awards of 2x and 10x for landing just 3 or 4.

Your third tiger symbol is the wild, where you’ll see the whole of the Siberian tiger. This symbol only appears on reels 2, 3 and 4 and will substitute for any other symbol at the game apart from the scatter and the bonus symbol. The wild is stacked so can fill an entire reel on occasions. 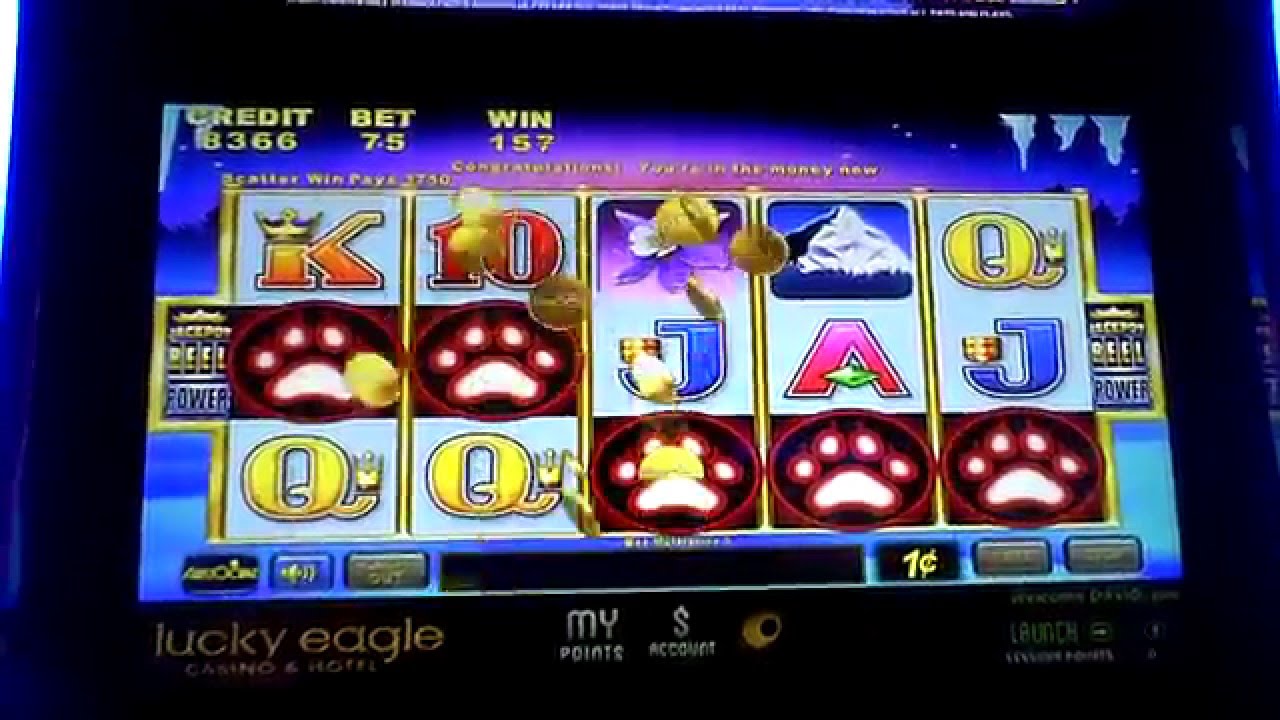 The final and perhaps the most important tiger symbol is the close up of his eye. If this appears on five consecutive reels you’ll gain a minimum of 8 free slot games; however it is actually possible to gain many more. This is because you’ll gain 8 spins for every combination on the reels – so if the symbol were to appear twice on three of the five reels, as well as once on the other reels, you’d have 8 combinations, making a grand total of 64 free spins (the most you can gain is 96). During the free spins you’ll find added wilds on the reels, making for a much more profitable round.