Established in 1883, the Alliance Française promotes French language and culture around the world through an international network of offices.
The seat of the Association is housed in the Casino (little house) Vernier, one of the most characteristic buildings of this type, a 'ridotto' for playing games and meetings owned by the prosecutor Venier but mainly used by his wife, Elena Priuli, a cultured and refined noblewoman.

During the 18th century it was the fashion in Venice to meet in old casinos called ridottos. These little houses were used by Venetian aristocracy of the time as private clubs to demonstrate their power and wealth, discuss politics, art, literature, listen to musicians, display their latest magnificent clothes and also for romantic assignations.
Acquired in 1750 by the Procurator Venier and used by his wife Elena Priuli, the Venier Casino has remained intact with its lovely architectural decoration, marble floors and fireplaces, briarwood doors with bronze handles, stucco, mirrors and frescoes. (FIG.3)
Originally it was used for literary evenings as well as cultural and political meetings, but since no written texts exist, we do not know what its purpose was. The spy hole, the serving hatch and the hidden music amplifiers testify to the fact that all the types of meetings had to remain anonymous and secret.
The Venier Casino was restored in the 1980s thanks to the French Committee to Save Venice and today is the property of the City of Venice.
The language of the Venetian as well as European aristoracy was French. Since 1987 the Venier Casino has been the seat of the French-Italian cultural association Alliance française with the aim of promoting French culture in the city of Venice through language courses and cultural events.
Even today in the summer during literary evenings, passing under the 18th-century casino you can hear someone speaking French and admire the ceiling covered by rich stucco and elegant frescoes, testimony of an unreal and timeless Venice.

When you think of the Venice Carnival it is usually a picture of streets crowded with people dressed in masks, but in fact at the time of the Republic it all took place within small hidden places, the Casini: cozy and intimate places to meet people, gamble, listen to music and have love affairs.

Decoration poker room. There were numerous Casini in Venice until the 1500s, but it was from the 1700s that these gathering places became a success: there were around 118 of them.

The one in particular which has kept its original appearance is the Venier Casino, located in the Haberdasheries, the road that leads from St Mark's Square to Rialto, owned by the prosecutor Venier but used by his wife, Elena Priuli, a cultured and refined noblewoman.

Inside, there are marble floors, stuccos, frescoes, mirrors and ornate fireplaces, doors made from precious rosewood with bronze handles and locks, all dating back to 1750. Hidden in the marble floor of the entrance hall, there is a peephole that allowed to see who was about to enter .. 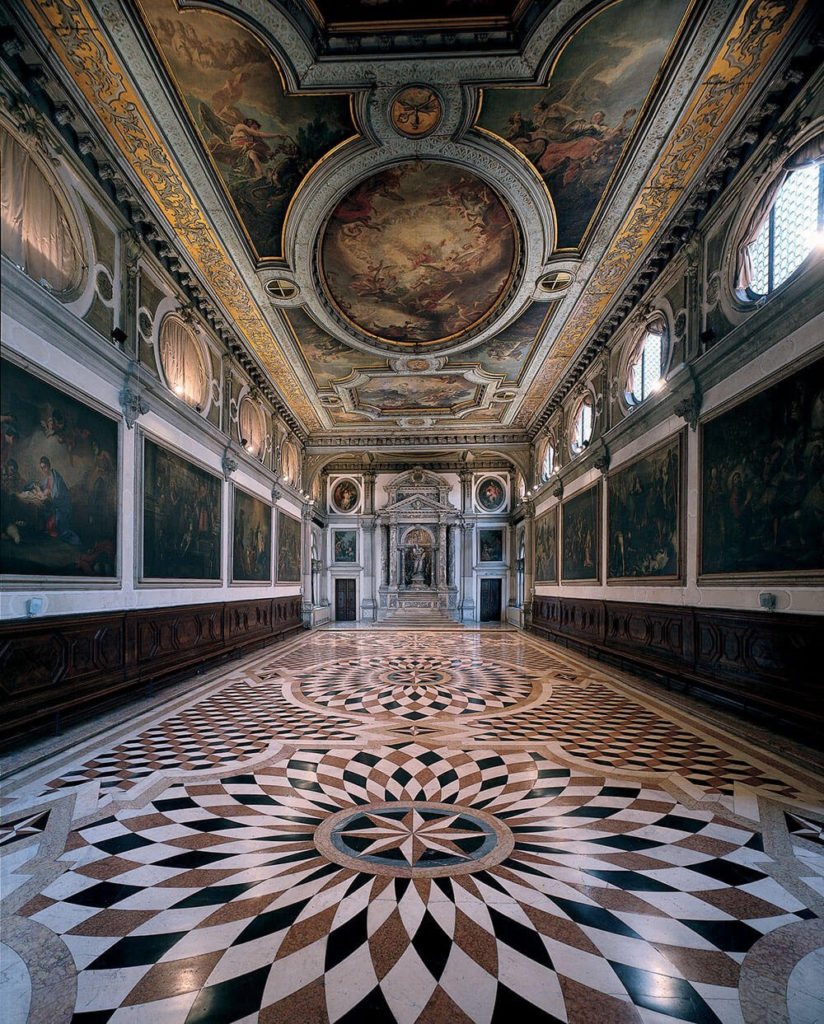 The Venier Casino has now been the headquarters of the Italian-French Alliance Française Cultural Association since 1987.

Are you interested in anecdotes, ancient traditions and curiosities about Venice? The editor of our section will be happy to lead you to the discovery of the most unusual sides of Venice organizing a tailor-made tour just for you! Fill in the following form and ask for Francesca's availability!