China itself used to be known as the Republic of China prior to the Communist Revolution, in 1949, where the old government was ousted and relocated to Taiwan. The Republic of China, or Taiwan, actually continued to represent China at the United Nations until 1971, as the legitimate government of China, but due to eventual pressures from the People’s Republic, the Communists not only took control of China’s seat but ousted Taiwan from the U.N. (1)

To this day, there’s still quite a bit of animosity between these two countries, now known simply as China and Taiwan, and the fact that for many years the mission of Taiwan was to “retake the mainland” certainly didn’t help things, although the prospects of doing that now, with China’s immense military, is beyond imagination. There have also been fears of China invading Taiwan, but they have the support of the West and that’s maybe the only thing that has saved them at this point.

Taiwan remains a separate country from China, in spite of China wanting this back, and in spite of Taiwan wanting China back. They have a good sized population of 23 million, and they are also one of the most densely populated areas in the world. This includes the city of Taipei, with a metropolitan population of over 8 million.

Gambling on the island of Taiwan is prohibited by the criminal code of the Republic of China, other than Taiwanese being permitted to partake in state run lotteries, and the allowing of gambling during special holidays or special events.

In addition to the island of Taiwan itself, which comprises 99% of the area of the country, there are a few small islands that also comprise, it, and there has been some talk of building casinos on these islands, and this became legalized in 2009, although there haven’t been any built as of yet. (2)

In contrast to this, gambling has been historically immensely popular in Taiwan, going back all the way to the 17th century, when Chinese started colonizing this island. Attempts to ban gambling go back to the 19th century, when the most popular gambling game of the day, the flower match game, had a lot of people so engrossed in it that they turned to robbery and prostitution to support their habit.

By the time 1935 came around, the current prohibitions in the criminal code were enacted, and at that time no gambling was permitted in Taiwan at all, although in 1951 it did make a small comeback with the legalization of lotteries.

With no legalized casinos or poker rooms, any land based gambling that goes on here is of the illegal variety of course, and there is some of that here, and in particular, there are a lot of gambling parlors that allow players to gamble and receive tokens, as this sort of gambling is legal here provided that money is not won.

So then players travel to a remote location, a back alley often times, where these tokens can be exchanged for cash. So this is how most of the underground gambling is run here for the most part, aside from private games.

Poker is pretty popular in Taiwan, due in part at least to the popularity of poker pro Raymond Wu, but PokerStars has also taken steps to grow the game here and have run several tournaments here, which were popular even though they couldn’t offer cash prizes.

There are many bars that do the same thing, offer non cash prize poker tournaments, and when you see poker being popular even without cash involved, you know that it’s a well liked game, and this is in sharp contrast with some other Asian countries where the game often isn’t even well known.

A lot of Taiwanese visit the casinos in Macau as well, and get exposed to real money poker there, and that has helped grow the game here as well. There is also said to be quite a few home poker games that go on here, for real money of course.

Given the popularity of poker here, and the access that people have to online poker sites, once online poker hit here this really opened the floodgates in Taiwan. PokerStars in particular has played a lead role in this, and they don’t even accept players from several Asian countries, as well as some other countries where the combination of low interest and the government’s preference that their people not play online add up to their not even wanting to take players from certain countries, but when the interest is high enough, like it certainly is here, then they tend not to care so much what the government may think.

So money does talk here to a large degree and when a company like PokerStars pays a bunch of money to run live play money tournaments in a country you know that they are serious about the market.

There’s nothing stopping Taiwanese from playing as much online poker as they wish, as there is no blocking of poker websites here, like you see in some other countries. 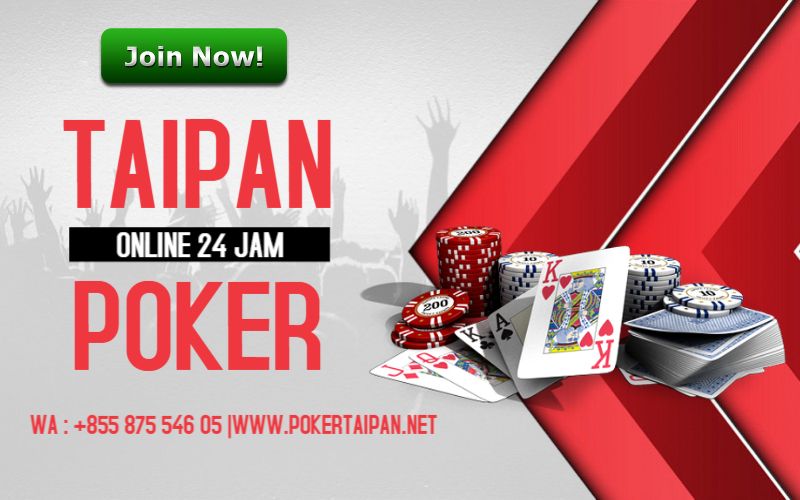 There are some online gambling sites that are located in Taiwan that have gotten busted though, and Taiwan has even co-operated with arch enemy China in bringing down illegal gambling sites, for instance with the Golden Cruise Casino bust, where tickets were sold in Taiwanese convenience stores that were used as credits at the online site. (5)

As far as the future goes, Taiwan is a long way away from regulating online poker, and they are pretty conservative towards gambling to say the least, and they first need to get some casinos up and running here, and even then they may be pretty reluctant to legalize online gambling. However for all practical purposes it doesn’t matter and you can just play online poker here anyway.

BetOnline.ag is one of the most reputable online poker sites that still cater to United States players and ALL grinders worldwide. Claim your 100% poker bonus and/or FREE $25 sports bet!

EDITOR'S NOTE: BetOnline welcomes players from ALL 50 states and from ALL OVER THE WORLD w/ limited restrictions.