Passed in 1988, this federal law established how Indian (Native American) gaming would be managed and regulated. The act included definitions for 3 types or classes of gambling games. They are usually referred to as:

Congress passed the law to help Native American tribes and nations improve their economic status after more than a century of oppression and exclusion in mainstream US society. Many Native American groups wanted to build land-based casinos, which would not only attract tourists but create jobs.

There was considerable resistance to this movement in many states, most of which did not allow gambling of any kind. To help resolve the conflicts and provide some clarity between treaties, state law, and federal law, the US government established a framework that eliminated some barriers to Native American investment in gambling industries. The law also provided some regulatory limits to respect state laws.

The Indian Gaming Regulatory Act introduced some confusion into the worldwide lexicon of gambling games because the distinctions are only observed within US jurisdictions. Other nations regulate gambling with different definitions.

What Are the 3 Classes of Gambling Games?

Class II gambling includes all variations of bingo games, player-vs-player card games like poker (where the house does not play a hand in the game), tip jars, pull-tab games, punch card games, and anything similar. Some people mistakenly include lottery games in this category, but the law clearly excludes state-run lotteries and similar games from Class II.

So How Can There Be Class II Slot Machine Games?

And yet, they are not slot machine games.

A clever company in Franklin, TN, known as Video Gaming Technologies, or VGT, developed electronic bingo games for Native American casinos that use the results of those bingo games to emulate slot game action.

You’re making a wager on an unknown outcome. What the Class II slot games do is take the result of the bingo game to determine what happens in the slot game.

What’s cool about this approach is that VGT was able to add bonus games to the bingo games that work like slot machine bonus games. They’ve developed a huge selection of bingo games that play like slot games. VGT is so successful they were acquired by Aristocrat Leisure Limited in 2014, although the former VGT still operates as an independent subsidiary company of Aristocrat.

The key to the hybridization of bingo and slot machine games is the Random Number Generator. Mathematicians have been developing algorithms to calculate unpredictable numbers for hundreds of years. For a detailed look at the concept, read “How Do Random Number Generators Work?” on Jackpots Online. Although the RNG does not produce a truly random number, in typical circumstances the number is random enough. Even so, slot game designers use random numbers in multiple ways.

To begin with, an electronic slot machine or online slot game uses a software concept called an array to represent each reel. Computer arrays work like rows of boxes, where each box holds one piece of information. The arrays for slot reels may have anywhere from 22 to 256 slots. Each slot in the array holds a symbol marker that tells the slot machine game what to display on the screen.

Slot game designers use special algorithms to decide how often each type of symbol should appear in each slot array. The frequency of the symbol’s use in the array and the size of the array determine how likely or unlikely it is for any single spin of the slot game reels to create one or more winning combinations. The game’s software may award prizes for one or more winning combinations at a time, depending on how many pay lines the game offers. The random number generator produces a new number every few milliseconds. The number is placed in a temporary memory location called a register. The slot game software grabs the latest random number from the register and uses that to determine what happens next. For example, a 5 reel slot game needs 5 random numbers to pick how many slot positions will be spun on each reel before the reels stop in new locations. If the slot game awards random prizes like progressive jackpots, these are determined by additional random numbers.

What VGT did was create bingo game software that determines the actual prizes awarded to players. 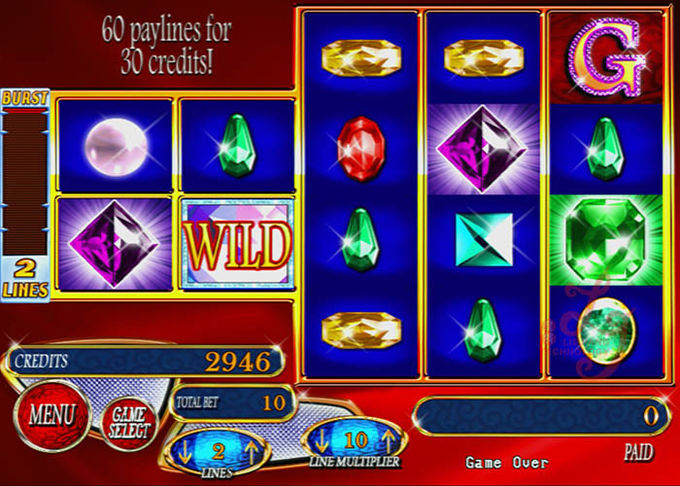 To ensure that the slot game winning combinations match the bingo game prize values the VGT games work more like slot games in the United Kingdom. The game determines what prize was won and then creates a short video simulation of the slots landing on that winning combination.

Either way, the slot games award prizes on a random basis. You could say that US gaming laws are paranoid in that Class III slot game software is required to closely emulate the physical spinning of slot reels. In fact, physical slot reel games have been displaying results of these virtual, in-memory array games for more than 20 years. So even when you see physical reels spinning, their stop positions have already been determined within microseconds of your pressing SPIN.

But the bingo game is displayed on a small screen, because VGT’s designers have found that players don’t enjoy looking at bingo patterns as much as they enjoy looking at 3 to 5 reels spinning and stopping on various symbols.

For the player, what matters is that they’re gambling for real money on an unpredictable outcome–and they can enjoy an entertaining evening with friends or loved ones.