Justin Bonomo’s record-breaking 2018 hit a new high to close out the World Series of Poker. The multiple bracelet winner won his third career WSOP event by defeating a field of 27 to climb the $1 million buy-in Big One for One Drop mountain.

By 2006, the World Series of Poker was comprised of 45 tournaments, all awarding gold bracelets to the winners. Well over $100 million in prize money was won, making the WSOP the richest event in all of sports.

The $10 million score puts Bonomo first all-time on poker’s all-time money list, passing Daniel Negreanu. Bonomo also breaks Dan Colman’s 2014 mark for most money won in a single year. The respective numbers for Bonomo are $42.979 million won in his career and $24.945 million won in 2018. And the year is barely half done.

Hedge fund manager David Einhorn was looking to add a second One Drop cash to his career results but ended up going out on the stone bubble. Einhorn opened with ace-queen on the button and Bonomo defended his big blind with seven-five. The flop came out seven-high and Bonomo check-raised Einhorn all-in.

Einhorn called and failed to catch up thus being eliminated in sixth place.

The hand of the year

The WSOP Main Event featured drama to go from 10-handed to the official final table in the cooler of the year. One Drop raised that drama with a three-way all-in featuring one of the strangest series of events in poker history.

Salomon was forced to turn over one of his cards after tournament director Jack Effel said an ace was exposed. The hand must be seen to be believed and resulted in Holz taking a massive chip lead three-handed.

Into the sunset goes Smith

Dan Smith came into the One Drop final table with a chance to claim his first bracelet along with the largest score of his career. Smith checked one item off the list but fell in a familiar position to earn the bronze medal.

Short-stacked in three-handed play, Smith called an all-in from Bonomo for 15 big blinds effective with queen-ten suited. Bonomo had him outkicked with king-ten and found a favorable board to eliminate Cowboy Dan. The $4 million prize for third is Smith’s best monetary result but his sixth third-place finish at the WSOP.

Holz held the lead heads up and Bonomo mounted a furious rally to claim the win. Bonomo overcame a three-to-one chip deficit to lock up the title and put a stamp on the best year in poker history.

In Hand #115, Bonomo was all-in for 26.2 million over the top of a 2.8 million-chip open from Holz with the blinds at 500,000/1 million. Holz called with pocket fours and Bonomo held ace-eight. No help came on the flop but an ace on the turn surged Bonomo into the lead and he pulled within 28 big blinds of Holz.

Holz opened to 2.8 million and Bonomo three-bet the action to 8.4 million. The German star called and the queen-four-three flop with two clubs results in a bet of 5 million from Bonomo. Holz stuck with him and Bonomo checked the eight of hearts turn.

Down to a dozen big blinds, Holz’s run came to an end a few hands later when his ace-four failed to catch up to Bonomo’s ace-jack.

Holz’s second bracelet waits until 2019 and he earns a strong $6 million consolation to lift himself to fourth all-time on the tournament money list.

With a Verified Account. PLUS get a $40 Gold Coin Package for $20 on purchase
Daily FREE Sweeps Coins Just For Logging In
Redeemable For Cash Prizes

The tournament poker landscape has seen a major shift in recent years, with the rise and proliferation of the super high roller circuit completely changing the way live tournament performance is evaluated. With multiple tournament buy-ins of $25,000 or higher each and every month, the top players in the game have never had more access to small-field events that feature massive paydays up for grabs.

The growth of the super high roller circuit has made a big impact on poker’s all-time money list. With the game’s top players able to accumulate seven-figure scores at a previously unthinkable rate, the top 20 on the live tournament earnings list has been almost entirely overhauled in recent years.

At the start of 2013, when high roller events were just beginning to become more common, the top 20 on the all-time money list looked as follows:

The list was topped by Antonio Esfandiari, who surged to the number one spot after winning the first-ever $1 million buy-in poker tournament in 2012, while the runner-up in that event Sam Trickett occupied the second-place spot. Much of the rest of the list is dominated by the biggest stars of the early 2000’s poker boom, including Phil Ivey,Phil Hellmuth, John Juanda, Michael Mizrachi, and Scotty Nguyen. The list was also overrun with modern-era World Series of Poker main event winners, including Jamie Gold, Joe Hachem, Jonathan Duhamel, Carlos Mortensen, and Greg Merson. 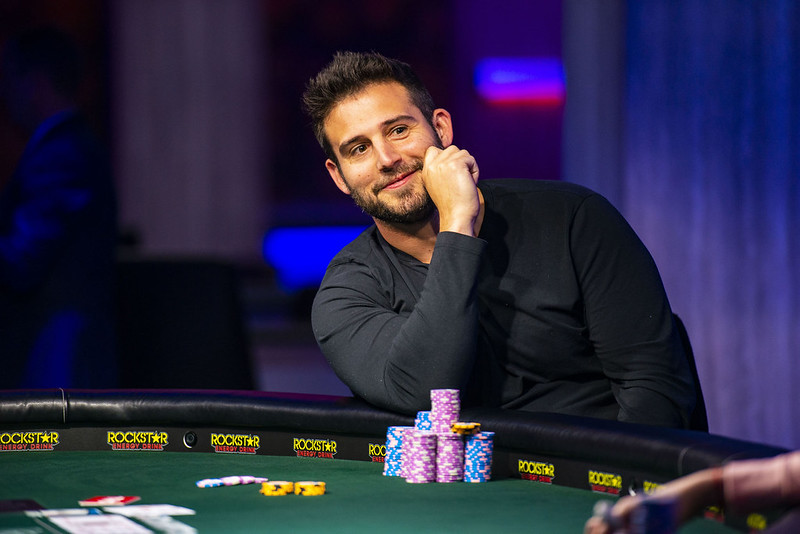 Only one player had surpassed the $20 million mark in earnings by the start of 2013, and three players inside the top 20 had accumulated less than $10 million total.

As of today, a player with exactly $10 million in live tournament earnings would only sit in 72nd place on the list! Four players have cashed for more than $10 million so far this year alone, and only one player inside the top 20 has less than $20 million in career earnings, with Isaac Haxton sitting just outside that mark with $19,666,117.

Here’s a look at the current all-time money list:

Only seven players from the 2013 list are still among the top 20, in Daniel Negreanu, Erik Seidel, Antonio Esfandiari, Phil Ivey, John Juanda, Phil Hellmuth, and Sam Trickett. All of these players remain inside the top 20 as a result of having added several million in earnings since 2013. The leading amount of money won at the start of 2013 ($23,496,079) would only be good for 13th place today.

Fedor Holz is one of many young high roller regulars inside the current top 20 who were essentially nowhere near the top of the list at the start of 2013. In fact, Holz had only made one live tournament cash by that time, for $19,288. He now sits in fourth place with $32,992,603.

With $43,449,427 in lifetime live earnings, Justin Bonomo is the current leader on the all-time money list. Bonomo is having an incredible 2018, having won 10 titles and cashed for more than $25.2 million so far this year. That is the most money won by any player in a calendar year, eclipsing the $22 million that Dan Colman won in 2014.

With it now being possible for multiple players to cash for eight figures in a single year, it seems likely that the of the all-time money list will see plenty of fluctuation moving forward. Phil Hellmuth lamented how the super high rollers have changed the top of the leaderboard during a sideline interview at the 2018 Super High Roller Bowl, which Justin Bonomo went on to win for $5 million. That event was the one that saw Bonomo take the top spot on the money list, and he had a response to Hellmuth’s comments after emerging victorious.

“The all-time money list is definitely not a clear ranking of the best player in the world right now, but it still means a lot,” said Bonomo. “Some guys say, ‘Oh, that’s just all about who plays the most high rollers.’ Well, I’m sorry to break it to you, Phil Hellmuth, but the people playing these high rollers are the best players in the world, and that’s why we are at the top of the list. Sure, somebody who plays more of these events will have an advantage [at accruing earnings], but it really does entail competing against the best players in the world nearly every single day, and I am proud of how I’ve done.”

While super high rollers might have once seemed like an unsustainable trend, with more than five years of growth it seems increasingly likely that these events will continue to take place for years to come.