For all her songs such as “Born This Way” and “Poker Face”, looks like Lady Gaga is breaking out of what she preaches. In the latest reports by InTouch Weekly, Lady Gaga is said to consider having plastic surgery ahead of her much anticipated wedding. Lady Gaga trying to hide her age perhaps?

What’s going on guys? Lady Gaga could not resist the temptation of plastic surgery?

Bride to be Lady Gaga is a global superstar who has garnered numerous music awards. Born on March 28, 1986, Stefani Joanne Angelina Germanotta, or Lady Gaga has been outspoken about self empowering messages, fashion and live performances. Having sold 28 million albums worldwide and 140 million singles, Lady Gaga is a real powerhouse in the music industry.

Her 6 Grammy awards, together with 12 Guinness World Records, has put her on a special platform of achievements. In 2013, Lady Gaga finished second on Time’s readers’ poll about the most influential people of the last 10 years.

Lady Gaga Over The Years

Where should we start? Tracing back Lady Gaga’s musical career, she started performing since 2001 and it was not until 2007 when her album sales rocketed through the charts. Let’s take a look at what Lady Gaga looked like in 2007:

In this shot, Lady Gaga does not have the blond hair she is known for. Her fresh faced look will not surface again for much of her later career. She said “Actually the reason I dyed my hair blond is because I used to get Amy Winehouse all the time. I don’t mind being compared to Amy, but I wanted my own image.” Just for comparison sake, here is a photo of Lady Gaga and Amy Winehouse placed side by side (below) . Do you notice any similarities?

In 2008, Lady Gaga had her major breakthrough with her album The Fame. Who can forget the infectious tune of Poker Face? Origami outfits became one of her remarkable trademark. Here is a photo taken in 2008:

Notice the slight bump on her upper nose. Let’s see if she remedied it in her later years. By the way, her blond hair in this picture seems like a wig. Still looking natural despite having some fluttering fake eyelashes.

In 2009, she won a Grammy for Best Female Pop Vocal Performance for the single “Bad Romance”. Her second album, The Fame Monster, probably spurred her to dressed up in outrageous costumes. In the picture below, you can see her evolving style:

This photo shows Lady Gaga experimenting with a paler white makeup versus her older tanned skin theme. Her blond hair has gone full swing but her nose bump is still there. Still no signs of plastic surgery. Only Lady Gaga could pull off this bright red costume.

2010 was the year when Lady Gaga got recognised by Forbes Magazine. Forbes listed her as the 7th World’s Most Powerful Women. Celebrities seems to have a lot of power in the eyes of Forbes. And Lady Gaga shows off her true “colors” by having more colors on her appearances. This is a photo taken in 2010:

It’s hard to find many celebrities with this bright purple lipstick color. only Lady Gaga. Her obsession with blond hair has gone into overdrive. In this photo, her hair looks yellow instead of blond. The bump on her nose is still there.

Just when you think that her appearance cannot get more outrageous, Lady Gaga surprises you. In this photo taken in 2010, she shows off her blue lipstick and green eyebrows. Talk about being different from other singers:

In 2012, Lady Gaga went on a tour for Born This Way. She started the tour in April 2012 and ended in February 2013. Lady Gaga took home earnings of $90 million and was one of the highest positioned on Forbes World’s Most Powerful Women once again. Here is a picture taken in 2012:

In 2014, other than collaborating with Tony Bennett for the jazz album Cheek To Cheek, Lady Gaga experimented with a short hair bob look. Check out this photo taken in 2014:

In 2017, Lady Gaga put up a superb performance during Superbowl Half Time. This was a shot taken before she went live on Superbowl:

It’s nice to see Lady Gaga without much makeup! Her face still looks natural but it is quite cllear that her nose bump from her early years is gone. Lady Gaga is still killing it with her blond hair in 2017!

So, as you can see, Lady Gaga has not done much to her face over the years. Beneath the thick makeup, the only noticeable difference between then and now is her nose bump.

Lady Gaga and Her Tattoos

One thing is for sure, Lady Gaga does not mind having tattoos. Though tattoos are not really considered plastic surgery, it does show a more relaxed attitude towards body modification. Lady Gaga has a total of 14 tattoos, including flowers on her hip,a German quote on her arm, and a unicorn on her thigh.

Watch Lady Gaga In an interview back in 2009:

And compare it to another Lady Gaga interview in 2016: 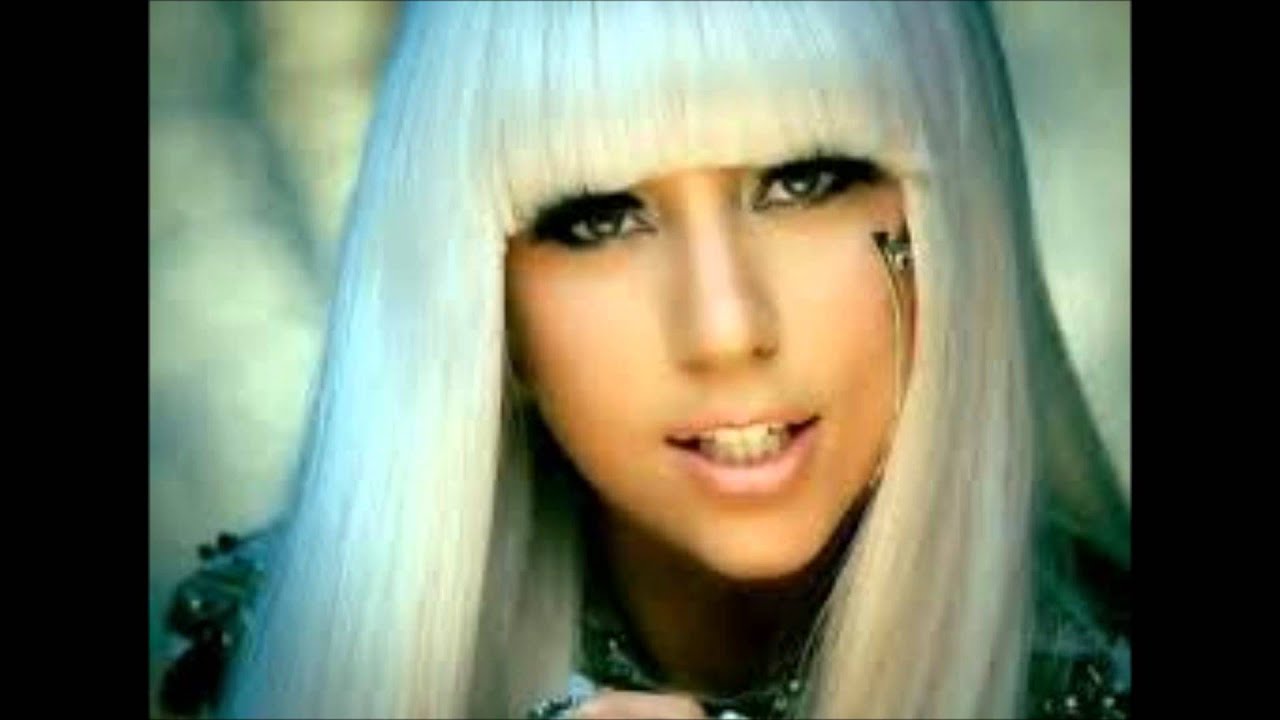 For her face, Lady Gaga is also considering less invasive options such as Botox and facial fillers to make her look perfect. Surely, Lady Gaga wants to look beautiful and sexy in her wedding photo shoots.

However, plastic surgery rumours are no stranger to Lady Gaga. At the beginning of her career, she has a more rounded and bulbous nose which was an obvious feature on her face. Furthermore, her nose bridge used to be thicker and more raised.

In recent times after 2013, Lady Gaga’s nose seem to have shrunk in size. Her nose seems to be shorter and smaller. The size of her nostrils seem to be reduced. Her nose bridge is narrower and overall her nose does not occupy so much facial space than before.

Rhinoplasty or nose job perhaps? We cannot be really sure as Lady Gaga has never spoken on the subject. Or even if she had, there was no admission of any plastic surgery done on any part of her body.

There were also speculations that Lady Gaga went for hip augmentation to have a more sexy butt and more voluptuous figure. However, since thebeginning of her career, Lady Gaga has always preached about self acceptance and believing in oneself. So these plastic surgery rumours are contradicting her beliefs and teachings.

And looking at the before and after pictures of Lady Gaga, it is hard to believe that she had butt augmentation. It is evident that Lady Gaga has got a nice butt to begin with and perhaps she has got it so well toned over the years practising her dance moves for her songs.

As Lady Gaga always performs in her outrageous outfits and costumes, people did not really expect her to age. Anyway, Lady Gaga is only 29 years old now, far from being called an aging superstar. So when she appears without any of her stage makeup, people started to speculate if she used Botox or facial fillers to keep wrinkles away.

For goodness sake, wrinkles are not expected to be on a lady aged 29. Observations saying that her face looks a bit stiff and her forehead looking silky smooth has no bearing on her possible use of Botox. We rather discard those rumours as a dose of BULLTox.

Another area of discussion is Lady Gaga’s boobs. Her boobs are by no means small. They are quite sizeable but they look natural. Artificial implants generally look rounded and puffed up. But in most of Lady Gaga’s photos, even if she displays a deep cleavage, it is with the help of her eccentric costumes. And we know bra technology can work wonders today, including deceiving many of us into thinking that Lady Gaga underwent breast implants surgery.

Lip fillers are another convenient remedy for many Hollywood celebrities. Because they are non invasive and usually not permanent, many celebrities use them as a first forage into plastic surgery. However, excessive use of fillers can make someone look out of shape. Just think of Pete Burns.

Lady Gaga has taken the music industry by storm since her breakthrough album in 2008. Today, she continues to set records in the entertainment industry. While everybody wants to practise what they preach, sometimes temptations to look better can derail one’s belief’s. Whether Lady Gaga has gone for any form of plastic surgery is anyone’s guess. But deep inside, we want to believe that Lady Gaga really stands by her song “Born This Way”.

And it is so refreshing to see that Lady Gaga remains so humble at the Golden Globes Awards 2016. Watch the video above if you haven’t done so.

What do you think of Lady Gaga plastic surgery rumours?

Lady Gaga didn't want to be 'herself'.

The 'Joanne' hitmaker admits there was a time in her life where she would struggle to even be herself as she was battling 'depression and sadness' and felt 'threatened' by the pace of life.

Speaking to People magazine, she shared: 'I used to wake up in the morning, and I would realise I was 'Lady Gaga'. And then I became very depressed and sad, and I didn't want to be myself. I felt threatened by the things my career brought into my life and the pace of my life. I spent a lot of time in a sort of catatonic state of just not wanting to do anything. And then I finally, slowly started to make music and tell my story through my record.'

© Bang Showbiz Lady GagaMeanwhile, Gaga previously revealed her desire to live her dreams made her feel 'tortured and traumatised'.

She explained: 'One of the hardest things in life is to be brave enough to be yourself. I wish to everyone that's going to that celebration to feel that joy inside them. That's what Bradley said to me yesterday right before we did our last rehearsal for the live performance of 'Shallow'. He said, 'Let's just drop a little bit of joy'. And it turns out joy did a lot for me. The truth is I was so determined to live my dreams and yet there was so much in the way. There was so many things I didn't anticipate that broke me, that tortured me, that traumatised me.'

And Gaga insisted that fame doesn't make you happy.

'I have travelled the world and seen the happiest people in the poorest parts of the world. Their values are intact. In the richest homes I meet the saddest and most depressed people. With this album I wanted to remind the whole world and my fans that the most important things are love and kindness. Kindness is what will create harmony, not celebrity and not fame.'