Skip to content
New class, cool, everyone is gonna play it and be running around with a level 27 Oathbound Paladin (OP) until they get bored and go back to the old familiar ways.
I leveled my OP to 70 in less than a week, so you shouldn’t have much trouble… In fact, I didn’t even die until I got into the new mod 6 content around level 63.
I chose to level with an Oath of Devotion. Almost every encounter ability that did damage had some sort of healing that came with using it! I only wore gear that had Power and Crit meaning better damage along with better heals.
I have to say they are very circumstantial…
OATH OF DEVOTION: Since I never went full heal, I never used the direct heal At-will that is amazing for the OP…

Neverwinter Utility Slots way to see the player face to face, a casino must find a compelling reason for you to make a deposit to try out their games, and the most common way to do so is to give you a significant match play bonus to go along with your deposit. The remaining slots are for enhancement powers, which again are offered by each companion. It’s important to note if a companions enhancement can be put into Offense, Defense, or Utility slots, which vary by class. A paladin has 1 Offense, 3 Defense, and 1 Utility slot. 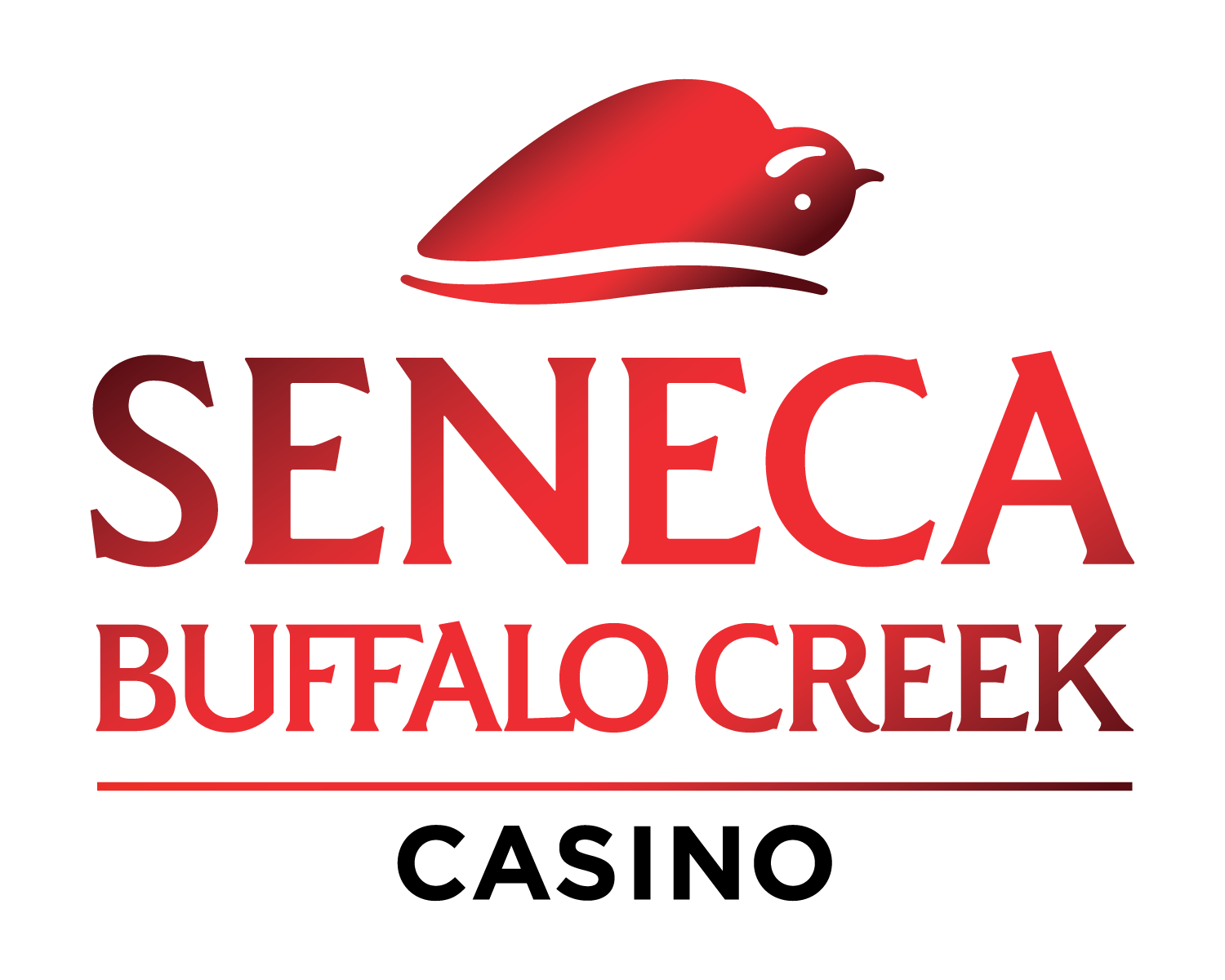 The culinary experts at Talking Stick Resort™ have created six unique restaurants for you to enjoy throughout the hotel and resort. Orange Sky is the signature fine dining restaurant at Talking Stick Resort with one of the best sunset views in Arizona and an award-winning wine list. Preview what it’s like. Preview what it’s like with our 360° virtual tours: Indoor View Patio View.

OATH OF PROTECTION: I’m now endgame tank so this is more my forte…
I never used Oath Strike… I never had to, since threat is never an issue.
So, I alternate between Shielding Strike and Valorous Strike.
Shielding Strike does the most damage out of the others (I never really see a Temp HP benefit worth boasting).
Valorous Strike is reserved for tough pulls and bosses, it gives you a 5% damage resistance increase.

Now, you can use whatever you want for skills, but I found that I REALLY enjoyed using 3 specific encounters:
Templar’s Wrath, Smite, and either Bane or Sacred Weapon. (I dislike Sacred Weapon due to the long animation.)
Templar’s Wrath does a moderate AoE damage along with a nice little shield for all, soaking that initial engage damage you would take (or allowing you to heal past it while benefiting from Temp HP).
Smite (the Paladin’s notorious BREAD AND BUTTER) slams a single foe for a large amount and heals anyone near it while it burns the target. I often focused the heaviest target when engaging groups letting everything else melt from AoE damages.
Bane, I do not see used often… It places a debuff on foes (or buff on a friendly ONLY if following the Oath of Devotion), this is a stacking application that can be applied on the move and is very fast animation. Each application reduces the damage output of the foe AND damage taken by 10%. 10+10+10, yes, that’s 30%! GREAT for larger mobs and when you are in a group to boost the party’s damage output AND defensive.

Sacred Weapon buffs you next THREE (3) attacks by a modest amount, I only used this occasionally and just before engaging mobs, it leaves you pretty exposed when used in the midst of combat.
**AFTER 60 – I swap between Bane (heavy HP mobs and boss fights) and Smite (weaker mob farming and dailies), keeping Relentless Avenger and Templar’s Wrath slotted ALWAYS.
Relentless Avenger is a great engage, you dash into the heart of the battle scattering all mobs except your target (not so far that CWs can AoE them still) as a Devotion Paladin, you can also rush you a comrade and knock mobs away from them.

There are a lot of cool features to swap around and play with! However, I stuck with and still use two… I ONLY swap them out when my groups are taking some heavy AoE damage.
Aura of Wisdom is my MUST have… This raises everyone’s recharge speed by 10% per skill point – 40% after level 70!
Aura of Courage gives everyone a radiant damage bonus of 1% of YOUR max HP. I tried several different Features, this gives the most benefit AFTER you place more than one skill point in it (each point adds 10% more damage – I DO NOT know if that’s a cumulative increase or…?).
Aura of Truth – Foes deal 5% less damage, +2.5% per addition skill point. And,
Aura of Protection (Oath of Protection) – Everyone gets 5% damage resistance, +2.5% per additional skill point.
It’s really a GOOD judgement call by you, what do you/does your group need for what is being done? On bosses, I watch the HPs melt away with Wisdom and Courage, but a few screw ups and you can wipe before you know it… Swapping out either of these will SEVERELY hinder the groups damage output, seeming like a snail is doing DPS on bosses… YOU have to make the decision.
I favor 3 dailies; Divine Judgement, Heroism, and Divine Protector.
I have never stop using Divine Judgement… At max level as a Tank with little Power I see it crit for roughly 150k… It’s a great tool for anything but an intense single boss fight that requires you to tank/heal.
Heroism will grant you Temp HP, 15% damage resistance and removes CC effects… I don’t think I give this enough credit or use, but it doesn’t fit my play style.
Divine Protector (Oath of Protection) is a great life saver for the group – maybe not you – 100% of the damage that others would take is redirected to you, however all damage that you take during this is reduced by 80%… I SPAM this whenever I’m on a boss fight or see red on my groups and take minimal damage. It lasts 5 seconds for each skill point up to 20 seconds.

Constitution was my MAIN focus for obvious reasons.
Wisdom was tempting for the Control Resistance… But,
Charisma was my secondary mostly for the Stamina Regen and Action Point Gain…
Wishing I had gone CON / DEX for the AoE resist and Deflect bonuses! :O
Obviously I’m not decked out, it’s a fresh character and class.
For enchantments, I chose to go with MY BEST available for slots…
If I had a billion Astral Diamonds, I would put Radiant in all offensive and defensive slots. 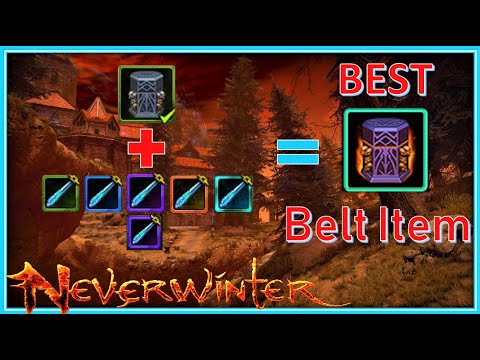 You can KIND of see, what I have here:
Offensive: Dark in my Main Hand for the balanced Armor Penetration. The rest will be Radiant when they are available.
Defensive: Draconic for the HP (best I had), but you notice I have Radiant and they will ALL be eventually for the HP…
Utility: Azure for the XP bonus until I can get the skill points where I need them, as well as Dragon’s Hoard for the refinement stones, they are a MUST for mod 6!!
You can figure out the feats for yourself…
I originally chose Justice for the damage because I wanted to level quickly and I know the demand for the rapid dungeon runs. I wanted to be able to hold threat long enough to clear dungeon trash and not feel like a gold collecting companion when grouped… EPIC dungeons are WICKED and you will need to have more than 1600 max item level (MiL) to tank them without being tossed around like a dirty sock! D:
After spending several hours reading over all the Feats at level 4… I decided to chose Justice (ALSO) to follow an old DnD role-play of the charismatic leader of a group… Granting buffs to the party like movement speed, reduced cool-downs, higher overall damage… Anything to make certain the group would not fail!
This actually suits my play style, as I’m a fairly active player. Not a left and right click warrior! ;P So, if you are good at keeping abilities active, moving around, and observing what’s going on with the groups (or your surrounding while solo) you will enjoy this build immensely!
Please feel free to leave POSITIVE feed back, or request more information on this article!