With only 97 players remaining here on Day 2, the bubble is rapidly approaching. That hasn't prevented plenty of action throughout these past two levels though.

Rudolf Koster has yet to relinquish his chip lead since taking it over earlier on, although the amount of his lead has dipped somewhat. He's sitting with 620,000 right now, but is closely followed by Johannes Schulze with 610,000. The stacks then drop, down to 480,000 for Day 1D chip leader Behzad Zarnegar. 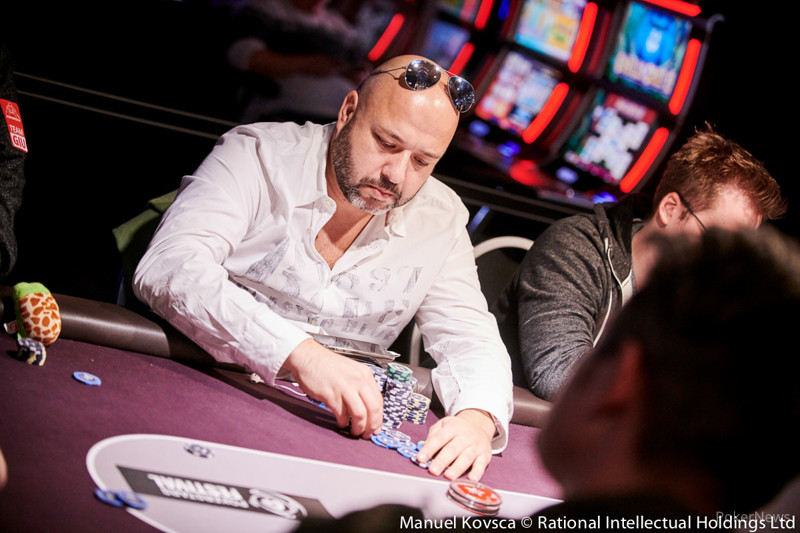 His stack just got a very healthy boost courtesy of four fives. The hand started with a raise from Thomas Kazemieh, which two players called (Zarnegar being one of them). The flop fell J♠5♦3♠, giving Zarnegar a set with his 5♠5♣. He check-raised Kazemieh's 25,000 bet up to 50,000 which was called.

The 5♥ then hit the turn, giving him quads! He checked it, Kazemieh bet 40,000, and Zarnegar clicked it back yet again, up to 80,000. That raise was called and before the river was even dealt Zarnegar announced all in. It came the 6♥, and Kazemieh went deep into the tank before making the correct laydown. 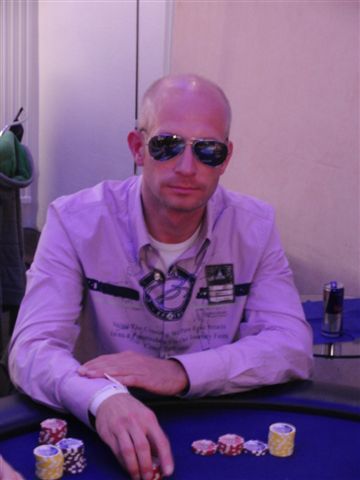 There was more action over on Jules Ayoub's table. He had defended his big blind to see a J♦T♥8♦ flop against Alexey Bratishchev, whose c-bet was called. That brought the 4♥ on the turn, and this time Ayoub check-shoved.

Bratishchev made the call and revealed the A♥A♠, but the pocket rocket had been pipped to the post by Ayoub's J♠4♦ for a big blind special. The board was completed by the 3♦, eliminating Bratiashchev and giving Ayoub a stack of 290,000.

The day hasn't gone so well for Team Pro Online's Felix Schneiders, whose Main Event has come to an end.

Things were looking up after he doubled up with pocket nines versus pocket queens, but in the very next hand he'd go broke. Jan Sigel opened, Zarnegar called, and Schneiders defended his big blind to see the Q♠4♣2♠ flop. Schneiders then check-called a 27,000 c-bet, while Zarnegar got out the way.

The turn came the 3♠, and when Sigel checked it Schneiders jammed, only to get snap-called. He was relieved to see that Sigel had just the K♠Q♦ for top pair, while Schneiders had the J♠T♠ for a flush. However, the 9♠ river gave Sigel a better one, and the German Twitch star said his goodbyes.

In the time it's taken me to write this post, they're now down to 91 players. Twelve more eliminations and they're all in the money.

Join us back here on the PokerStars Blog soon to find out how the bubble was burst. For live updates, head over to our friends at PokerNews.

You can win your seat to one of countless PokerStars live events around the world. Click here to open an account and get started.

Jan-Peter Jachtmann and Jules Ayoub know each other from various PLO tournament and cash game sessions, and it came as no surprise to see both go at each other early on.

The short-handed table brought three-way action to the turn on which Predrag Vulovic checked and Jachtmann bet 5,000. Ayoub check-raised the pot for 16,400 and Jachtmann was the only caller.

After the river, Ayoub jammed for 17,600 and Jachtmann inquired 'can I still think while I show my cards?' while then addressing Ayoub with a 'after all that is your specialty'.

'Do whatever you want,' Ayoub replied and indeed Jachtmann turned over his already. It took nearly one and a half minutes until he made the call and Ayoub shook his head, flashing for counterfeited two pair and a busted fludhdraw.