After the flop the player in the SB will be first to act assuming he didn’t fold already. Try to play in position. Acting first in poker is a big disadvantage and is referred to as being “out-of-position”. We give away information about our hand – our opponent gets to see what we do before he acts. As a result we should –. To know when and why to go all-in before the flop is considered one of the essential poker skills.It’s one of the crucial elements of no-limit Holdem gameplay. Term No-limit means that you can put all your chips at risk at any time during the hand either before the flop, where we didn’t even see the community cards yet. Before the flop is where it all starts, where you are forced to make your first important decision depending on all of the variables involved with the hand. It is important to make good, solid decisions before the flop, as it will form the foundations for how the rest of the hand will be played out.

So….You now know about position - But how should you play pre-flop and what factors should you consider? Let’s get down to some basic strategy. We are going to think about which starting hands you should be playing. 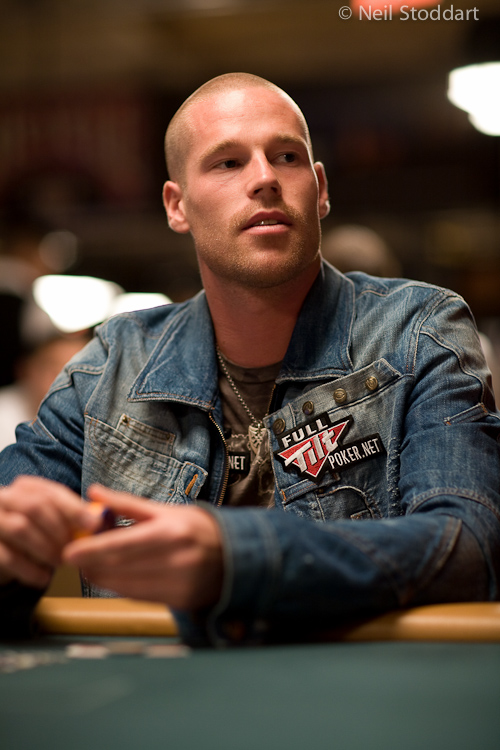 The first concept to understand is that the hands you should be playing, really depend on a variety of ever-changing factors. Factors such as:

Remember, it's not simply a case of selecting all of the top hands and expecting to profit. If it were that simple, everyone would be making tons of money.

Position is very important in helping you decide which starting hands to play. But what do we mean by position?

Take a look at this 6max table:

To the left of the button (BU) we have:

MP (middle-position. Sometimes referred to as “the Hijack”)

CO (cut-off) immediately to the right of BU (button)

In every pre-flop round, UTG will be the first to act. After the flop the player in the SB will be first to act assuming he didn’t fold already.

Try to play in position

The 'later' the position the more starting hands we are encouraged to play - the button is considered a very profitable place on the table as you are guaranteed to be in-position after the flop. Position isn't the only thing the chart takes into consideration though, we also want to consider the action before us in the hand.

Here are some possible scenarios that take place before our turn to act:

Assuming everyone folds, it is down to you to put in the first raise, known as “open-raising”. It is recommended that if you want to play a hand that you always start by raising. Many players instinctively feel as if they should “open-limp” but in reality it will be harder to play profitably this way. One reason is that every time you raise, you will have a shot at taking down the pot-preflop when everyone folds. If you open-limp you are giving your opponents a free/cheap chance to see a flop and make a better hand than you.

How big should you raise? Anywhere between 3 big-blinds and 4 big-blinds will likely be fine. In late position, such as the Button you can sometimes profitably open-raise to 2.5bb or 2bb, while in early position or with strong hands you might choose to raise to 5bb.

Before The Flop In Poker One

Assuming one or more players limp, it will still be a good idea to put in a raise. There are some situations where it is ok to limp behind, with small pocket-pairs for example, but generally you should just raise. Raising against a limper is known as an “isolation raise”, or iso-raise for short. This is because a likely outcome is that the other players fold, and the originally limper calls – so you’ve “isolated” yourself in a heads-up pot against the player. This can be a very profitable thing to do, especially if the limper is a weak player and you will also be in-position postflop.

How big should you raise? A similar size to when you are the open-raiser, but add 1bb for every limper. For example, there are 2 limpers before you, and you are on the button where you normally like to raise to 3bb. Now you will raise to 3bb + 1bb + 1bb, for a total of 5bb.

Assuming someone open-raises you have 2 options. You can either re-raise (known as a “3bet”), or you can flat call. With your strong value hands you should be 3betting, while the rest you should be flat-calling with, or folding if they are not strong enough to call with.

How big should you raise? Around 3 times the initial open raise size, or perhaps a little over. For example, someone open-raises to 3bb – you wake up with pocket-Aces and 3bet to 10bb.

I am ready to take my poker game to the next level!

The Starting Hands Chart is provided as very rough guide for getting started – it is not a long term strategy you should be following. Within a few weeks (depending on how much you play), you should be deciding for yourself which hands to play – and ideally making a decent amount of variations from the SH chart.

One factor you will find that makes a big difference is the specific stack-sizes going into a hand. Players intentionally buy in with different amounts of chips knowing it will effect which hands they will play.

For example some common stack sizes:

It’s useful to know how to play with any of these stack sizes. Even if you buy in with 100bb you will face opponents who only have 20bb some of the time, and you will want to adjust your strategy accordingly. It is recommended you learn to play poker with 100bb stacks – big-stack strategy is the most common strategy followed at the tables currently.

What Is Before The Flop In Poker

One final thing to look out for is the other players at the table. If some players who are still to act behind you are especially aggressive you might want to open-raise less. On the other hand, if those players are very tight and folding a lot you can consider open-raising more.

Before The Flop In Poker 2

Learn more about playing before the flop in this poker coaching video.